Cleaning Out the Rooms 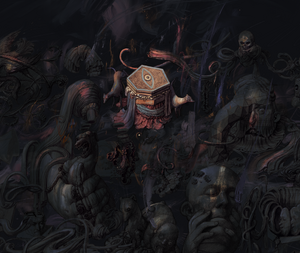 Cleaning Out the Rooms is a thought in Disco Elysium. Its name is a reference to the Sea Power song of the same name, who also composed the soundtrack for Disco Elysium.

Someone's been walking around in your dreams lately, looking for something. Tidying up, rearranging. Storing away all the unrealized dreams, putting old pains in boxes. The worst nightmares have settled down for a while. A spot of light on the bedroom door after the dark. The fluttering of eyelids in the spring sun. A thought that arises, only to disappear again. And yet there's a pattern emerging…

What if you didn’t lose your memory? What if something in Martinaise came and stored it all away. For you to slowly open one box at a time. So you can *choose* which parts to keep. Keep almost none of it. Only the flowers on the windowsill. Only the distant sound of a radio. Lose all the actors, the dark shadows, leave only the still lifes, the blissful distant wash of waves. If everybody knew -- you never did. She’ll be coming soon. That is all.