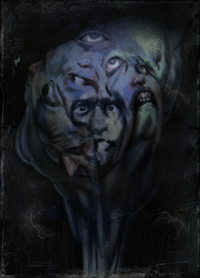 Drama is an Intellect skill in Disco Elysium. Play the actor. Lie and detect lies.

Cool for: Undercover Cops, Thespians of the Stage, Psychopaths

Drama urges you to treat the world as a stage – and on it, to perform. It will enable you to lie, to concoct the most elaborate and wonderful stories; to take on ingenious personas and perform acts of stagecraft in an entertaining amalgam of fourberie and deceit! As well, it enables you to see through would-be actors and their false antics. If they lie, you’ll know. Immediately.

At high levels, Drama may render you an insufferable thespian – one prone to hysterics and bouts of paranoia; for to know the world is a stage is to know that Truth is a Vanity. However, with low Drama you cannot lie – or discern when others lie. And a cop who can’t do either is a cop who’s soon going to be lying six feet under.