The Greater Revachol Industrial Harbour, commonly abbreviated as GRIH is a location in Disco Elysium.

On the edge of the Revachol Bay, the GRIH is one of the symbols of the city's enduring economic influence and strategic location. Responsible for handling 8% of global shipping, the GRIH continues to be the pride of The Wild Pines Group, one of the only surviving Revacholian indotribes, and stands in stark contrast to the rest of Revachol West: It's modern, well-maintained, and rich, with mountains of containers containing unspeakable amounts of wealth. What it does have in common with the rest of the city is the anger, simmering among the workers.

Only a small portion of the GRIH is accessible, with a total of 22 known terminals owned by Wild Pines,[1] alphabetically named. The Martinaise terminal is B.[2] Precinct 57 is located near the gates of Terminal H.[3] 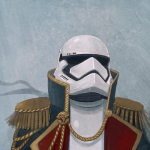 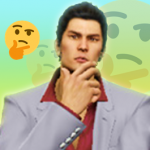