Political Alignment is a game mechanic in Disco Elysium.

Development of a political alignment happens incrementally over the course of the game by choosing dialogue options relating to each of the four ideologies; communism, fascism, moralism or ultraliberalism.

After four points have been earned in one of the given options, one of Harry's skills will prompt a conversation via clickable thought orb which can be opted into. This will earn a related political thought, and on the night of the third in-game day, will also prompt the beginning of one of four related political vision quests. Multiple alignments can be pursued and even opted into, but only one political vision quest may be chosen. The relevant thought does not need to be internalized to finalize Harry's alignment, though certain gameplay benefits are only rewarded after doing so.

Created by the founder of the Revachol Commune Kras Mazov, communism is in a dire state by the time you get here. The Commune of Revachol was crushed by the powers of the moralist Coalition, and most of what you would call "real communists", along with their anarchist friends, were shot by, as Mazov himself would say, capitalist bootlickers. The left wing is now led by moderate social democrats and socialists. Now this ideology is only represented by student book clubs and old, decaying philosophers. Only 0.000% of Communism has been built. But... Who knows? Maybe with your help, it will be 0.001%?[1] 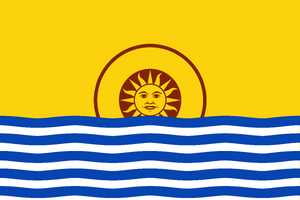 This is the baddest of all the ideologies, so no one admits they're a fascist. Rather, they're “traditionalists”. Or “nationalists”, a term they get really angry if you associate with fascism. (No one wants leprosy on their brand.)

The emotional draw here is, of course, that pretty girl who didn't want to sleep with you. The other ideologies don't explain why that happened. Fascism does. Because the commies pushed the king under a street car and now nothing in the world is holy or beautiful. During your stay in Revachol plenty of women will tell you no, so, naturally, most people will pick this one. I mean, who doesn't want “absolutely giant fascist” in their Steam achievements? Also, it goes really well with alcoholism.[1]

Finally! Something normal. Enough of those ramblings – in this world there is also a sensible ideology for people who simply want to do good by everyone. How? By looking at the options on the table and saying: no. I don't want any of those associated with me. I just want to play a regular, inconsequential, doesn't-really-believe-in-anything type of detective.

Well, you're in luck! After the commies and the fascas tag teamed Revachol, foreign nations with moderately deadly artillery came and levelled the city, put all the commies against a neutral wall and turned Revachol into a debt colony / financial buffer zone / whatever the hell they want it to be. They rule the world. And also the RCM, the law enforcement agency you're part of, so really – it's a no brainer.[1]

Do you “grind” and “hustle?” Sure you do. You're a money engineer. A money scientist. You move money on a level inconceivable to the ordinary citizen. What is money, anyway? Money is trust.

There is no ideology being an ultra doesn't compliment. Fascist moneyman? Sehr logisch. Money-commie? Vie sexy! Money and moralism? Peanut butter und jelly! Money's not jealous. Money's like light, love and friendship. It plays well with everything. During the Revolution the ultras banded up with the commies to dispose of the king. Then they made a deal with the moralists to profit from the ensuing occupation.

Also, this literally gives you money in the game. With money you can buy books, which have content! Board games too! Clothes, which cost real money to model. Without money you might end up as some kind of impoverished hobocop.[1]