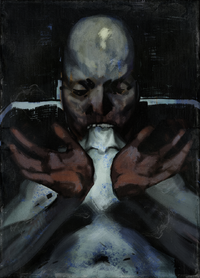 Rhetoric urges you to debate, make intellectual discourse, nitpick – and win. It enables you to break down arguments and hear what people are really saying. You’ll spot fallacies as soon as they’re used – what exactly did the waiter leave out of their testimony? What was the dancer trying to divert you from? Was that double entendre intended, or did you just get an accidental lead?

At high levels, Rhetoric will make you an impressive political beast – one whose beliefs are impenetrable. Which is to say, one whose mind will not change; one who will calcify. With low Rhetoric, though, you’ll have a hard time of shooting down any argument. Nailing people to their testimonies will be nigh impossible.