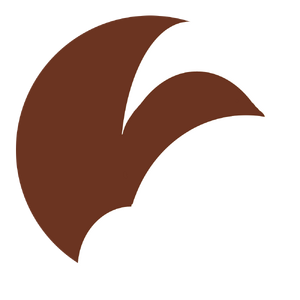 The Wild Pines Group is one of the fourteen original Revacholian indotribes — companies awarded royal monopolies by the king (the suzerain) himself, centuries ago. The king is long gone, but several of the indotribes remain.[1] The precise start was over 250 years before '51, beginning as an exploration and cargo fleet conducting trade between the Samaran and Insulindian isolas, and exploring the South-Semenese and charting Lo Manthang. Decades of effort and madness went into making it one of the biggest logistics conglomerates in the world.[2] Its primary business is logistics and shipping, though it has many other interests, including oil and gas exploration.

Wild Pines was responsible for developing Martinaise as a resort for their middle management. Unlike most of the Revacholian indotribes for whom Martinaise would be a fitting tombstone — they failed to adapt and were absorbed — Wild Pines evolved and changed to make the most of the changing circumstances.[3] By '51 it was one of the richest corporations in the world, controlling 22 cargo terminals responsible for shipping 8% of Elysium's cargo,[4] employing 72,000 workers, and struggling to deal with the Dockworkers' Union strike in Martinaise. Unwilling to bend to their demands, the corporation resorted to using paid strikebreakers — scabs — and mercenary squads to try and beat the 2,200 workers at the striking terminal B into submission.[5]

Their revenue for '50 was over ✤ 20 billion.[6] It was a good year, although there are years when it books losses that go into the billions as well, due to spending much of it on paying the salaries of its 72,000 families that are employed by the group.[7]

As a global logistics conglomerate, The Wild Pines are also a favorite vehicle for smuggling. It tries to clamp down on such business as best it can, but it is difficult to do at the best of times — and in lawless places like Revachol, it's doubly difficult. In '51, coinciding with the Union strike, the Wild Pines arranged for a massive traffic jam by pulling rank (or rather, capital) with the East Motor Tract and shutting down traffic, stranding dozens of lorries at the gates of GRIH and hoping to strain the resulting mass of drivers for smugglers. The losses were considered acceptable, as otherwise, several thousand liters of drugs — meth- and dextro-amphetamine, GBL, and other assorted psychedelics — would land on the streets of Revachol and destabilize it even further, thanks to Samaran factories working overtime to pour this poison out.